How To Setup a Sonar Time Machine For an Angular Project

How to extract historical static analysis data from an Angular App into a new SonarQube server.

Code quality governance is not usually of a high priority when a project starts, but as the codebase grows and developers leave or join the team, the need for that may arise. Recently I faced a similar problem. I was interested not only in the immediate quality of the codebase but also in the quality trend since the start of the project. This post describes how to gather historical quality metrics from a pre-existing Angular project and collect it in SonarQube.

“If you can't measure it, you can't improve it.”— Peter Drucker

The UI should be available in the broser at localhost:9000 with a default username and password of admin:admin.

The basic idea is to use git log to get one commit from every day since the beginning of the repository and then run the sonar-scanner for each of those commits by checking it out in sequential order. The sonar analysis provides a sonar.projectDate parameter that can be set when performing the analysis, this is essential in telling SonarQube that the analysis being submitted is for a specific day (and not the current date and time). 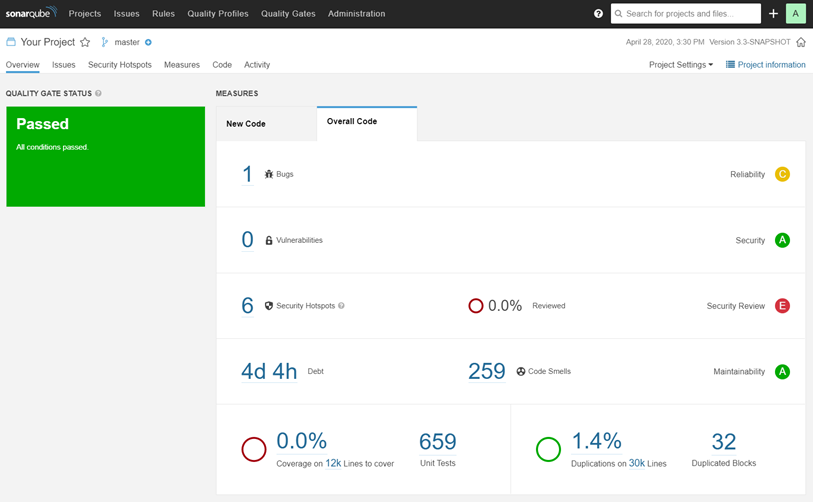 This post shows a simple, yet effective way to get historical static analysis data into a new SonarQube server. The information may be useful in determining if the internal quality of the codebase is heading in the right direction.

Photo by Djim Loic on Unsplash